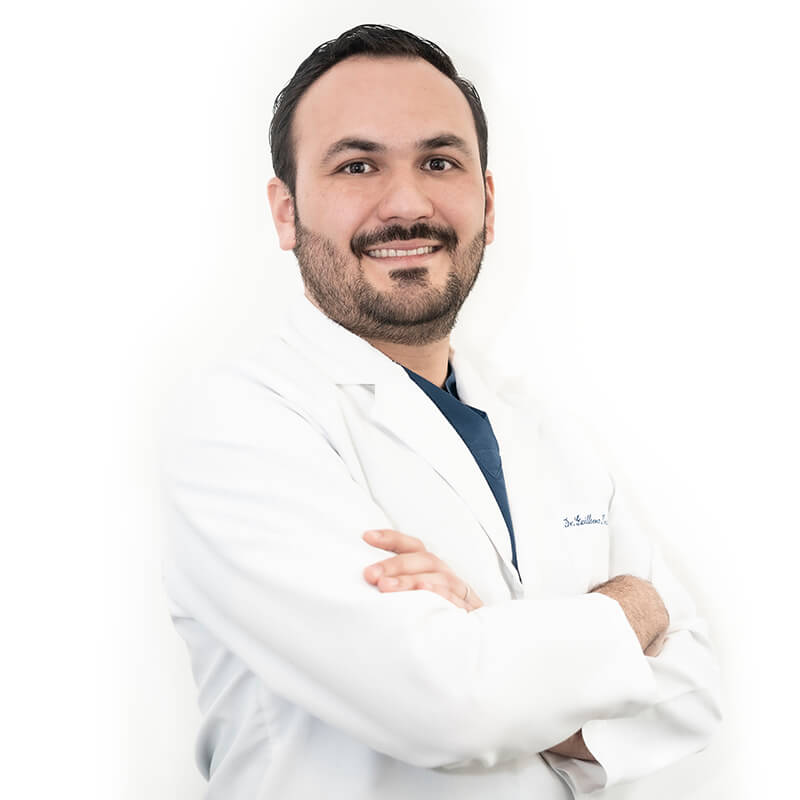 Guillermo Ponce de Leon-Ballesteros graduated as a medical doctor at the Mexican School of Medicine at La Salle University, where he graduated third in his class. He is a general, endocrine and, bariatric surgeon.

Dr. Ponce de Leon-Ballesteros completed his training in General and Endocrine Surgery at the National Institute of Medical Sciences and Nutrition “Salvador Zubiran” in Mexico City. Also, he is a board-certified bariatric surgeon, trained at the Mohak Bariatrics and Robotics Hospital in India, and ABC Medical Center in Mexico City.

In addition to this, during his training, he completed some visiting fellowships, including one at the University of Alabama at Birmingham (UAB) (Alabama, US), and at the MD Anderson Cancer Center (Houston, Tx).

Dr. Ponce de Leon-Ballesteros has participated in more than 450 bariatric procedures, including his training. He has actively participated in many national and international conferences and meetings as a speaker and giving lectures. Also, he has been awarded due to the quality and innovation of his works. He has at least 10 indexed publications in high impact factor journals in the fields of endocrine and bariatric surgery.

He is passionate about the metabolic and cardiovascular effects of bariatric surgery, as well as, about thyroid and parathyroid surgery.